The Amaia Scapes is located in the city of San Fernando. This is a major city in the Philippines and has often been referred to as the Christmas capital of the Philippines. Why you ask? Well, every year, the city holds the Giant Lantern festival. This event is held in December. The Giant Lantern festival is simply a competition of giant lanterns. It is always a great opportunity to bring out the lights and show the true magic the city has to offer. The festival was first held in 1904 and ever since it has evolved into a globally acclaimed spectacle. If you decided to buy a lot or a house at the Amaia Scapes just inside the city, you can witness this event each year and be part of something historic that has come to define the city itself.

And that is not all. San Fernando has so much to offer. The city is located at the heart of the Pampanga province. Within its central business district, there are about 39 banks and nearly 50 leading institutions that operate within the city. The economy of the city is largely build from its highly successful agro processing industry. The city has helped process foods from central Luzon and is today one of the major producers of rice and sugar in the Philippines.

In case you are intrigued by history, you can visit the San Fernando monument at the very heart of the city. This can be a great getaway especially for the family. People living inside the Amaia Scapes development can also enjoy the WOW Philippines Hilaga. This is a globally renowned historical and cultural center at the heart of the city and one of the major tourist attractions in the entire Pampanga area. There is also the majestic San Fernando Heritage district that is a melting point of culture and history. All these attractions, amenities and additional recreational centers are available for people who want to own a lot and live in Amaia Scapes. And don’t also forget to savor the delicacies available in various restaurants and in the city.

The development is located at this address, New Barrio Road, Brgy. Calulut & Baliti, City of San Fernando, Pampanga. So the big question is how you get there. Well, the Amaia Scapes San Fernando can be reached through Mc. Arthur Highway and Dolores Road, all you need to do is take the New Barrio Road and you’ll be there. And you don’t even need a car to get here, even with jeepney and tricycle you will easily get to the development in a short period of time. The city of San Fernando is simply a carnival city and here you will have a ton of things to do. It’s time to get to the city. It’s just 70 Km from the capital Manila for investors who may be coming from the capital. Driving at a good speed, you can get here in just little over an hour.  Amaia Scapes is one of those places where you have to come and see so that you can believe the amazing opportunity it offers. Get here today and see for yourself 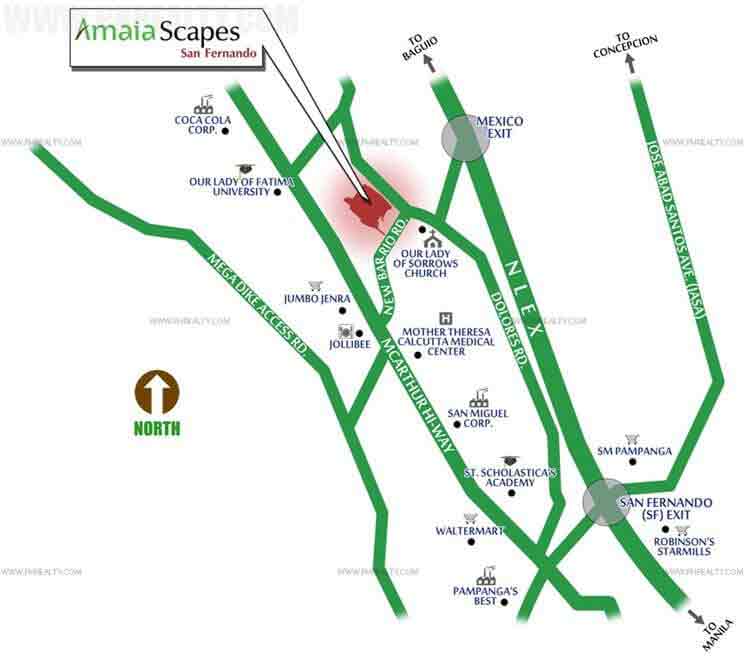